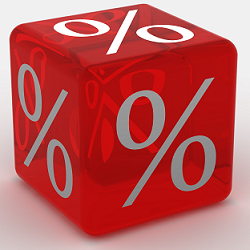 One question we often get from our clients is how to tackle annual escalation rates on a multi-year GSA Schedule task order when your GSA Schedule price increases will be based on a market indicator and you do not know next year’s percentage increase.

Firstly, you must know how your GSA rates were awarded. Price increases for professional services on GSA Schedules are almost based on one of three options:

Each solicitation varies, but GSA typically allows up to three increases annually with a not to exceed cumulative percentage. If your Economic Price Adjustments are based on the CPI, GSA will allow you to modify your rates commensurate with the current market indicator, released semi-annually. The rates awarded through the modification process are the maximum rates that you can charge your customers on an open task order.

If your GSA Schedule prices are based on an established out-year percentage, you may include this out-year escalation rate on any multi-year GSA Schedule task orders.

To put it simply, on a GSA task order you can never charge more than the rates that are currently awarded. This may be a complicated issue, with GSA anniversary dates occurring at different times then your task order anniversary.

Since 2001 Coley GCS has helped companies worldwide successfully win and manage more than $1 Billion in Government Contracts. We specialize in GSA Schedules but support any contracting vehicle. We build long term relationships with clients –many who have put their trust in our advice for over a decade.

You have Successfully Subscribed!

The Coalition for Government Procurement Blog